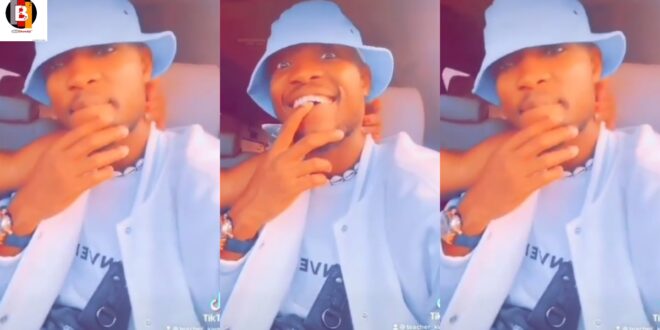 Teacher Kwado posted a video of himself and his girlfriend on his Instagram page as the two were chilling at a coded location. It appears that the YouTuber has found true love and no one can stand in his way.

Teacher Kwadwo and his girlfriend, whom he purposefully chose not to reveal to the world, were dancing to a Nana Acheampong love song in the adorable video that is currently making waves on social media.

Although the lady’s face wasn’t shown in the video, one can tell from the video that they have a great deal of respect for one another.