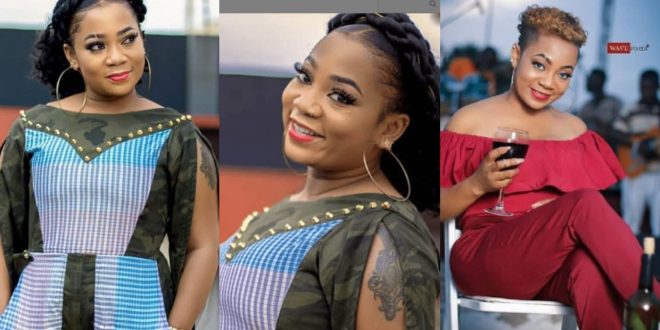 Vicky Zugah, a Ghanaian actress and television host, has some parenting advice.

She expressed grave worries about the way most African women have been portrayed as trophy wives.

In a message spotted by BESTSHOWBIZ.COM, Vicky recommended parents to teach their daughters about marriage.

She suggested that they teach kids that marriage is only a portion of life, and that it is a journey in itself.

Vicky Zugah went on to say that it’s preferable for women to come home alive rather than die in violent marriages.

“Many Africans, particularly women, have been socialized to regard marriage as a “trophy,” she wrote.
Most Africans see it as a taboo, a sin, or a sign that something is seriously wrong with the individual if they are not married beyond a particular age. In abusive marriages, this is why victims become sad, suffer, and die.

“Dear parents, We can change this narrative. Let us teach our daughters especially,

that life is a whole journey and marriage is only a PART of that journey. That marriage is a beautiful thing but then again a failed marriage isn’t a failed life and it is better to return home alive if it doesn’t work than to endure and return in a casket. Teach them to choose “Miss” over “The late Mrs”.

“Warn them never to threaten an abusive partner with divorce. They must first leave unannounced then seek divorce from afar. Let us teach them how to be financially independent and not solely depend on their partners for things they can do for themselves. Etc Etc Etc YES WE CAN!…”