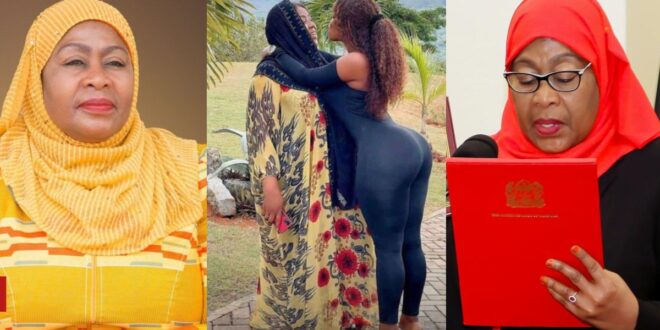 A photo of Samia Suluhu and her curvy daughter has been widely circulated on social media only days after she was sworn in as President, with some guys attempting to obtain her social media handles.

Have a glance at the picture below.