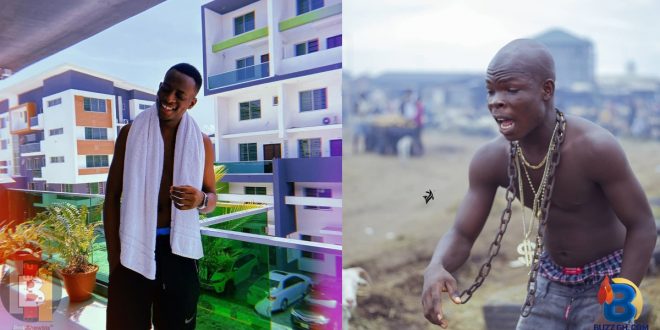 Sydney in the video as we sighted was asked by his friends to go and do music after they spotted his voice was so nice.

Sydney after hitting the studio used AY Poyoo’s song ‘Am The Goat’ as the song he recorded and his friends laughed at him.

the comedian was then seen asking his producer to delete that song since its a wack.