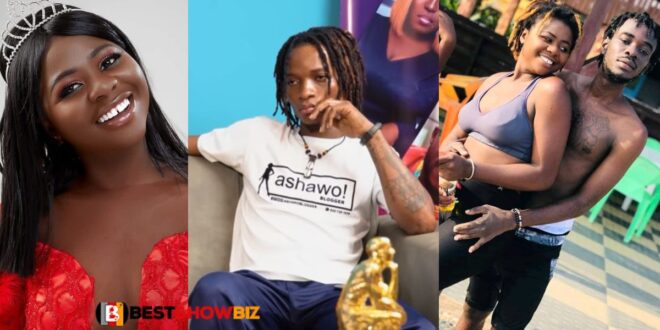 After breaking up with Famous in a recent interview, TV3 Date Rush female participant Success has finally admitted to dating her boss.

Success and her boyfriend, Toy Motion, CEO of Ashawo Blogger, stormed into Zion Felix’s studios enraged a few days after her former date, Famous, did an interview with Zion Felix.

Success was in a relationship with Toy Motion before she joined Date Rush, according to their interview with Zion Felix.

Success claims that she was not in a relationship with her Date Rush date, Famous, but rather that they were friends getting to know each other.

Success’ motivation for appearing on Zionfelix’s show was to refute some of Famous’s statements, such as him accusing her current partner of being a smoker and other allegations.

Famous is a rapist, according to the former female Date Rush competitor, who claims she received a DM from someone saying as much when she visited his place and he tried to take advantage of her.

Famous used her phone to download certain apps and she was aiding him in chatting with several clients, so Success knew he was into scamming.