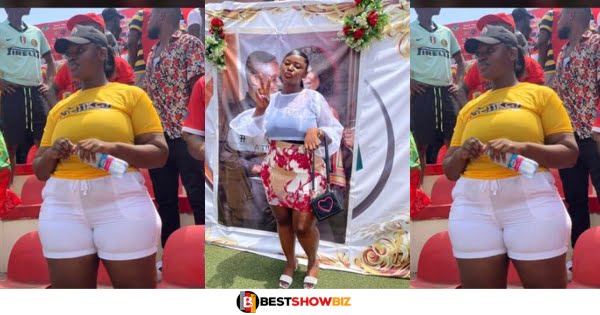 Student Nurse who was allegedly poisoned by friend set to be buried soon.

Winnifred Akua Kyerewaa Donkor, also known as Moesha, who was allegedly poisoned by a friend, will be laid to rest in a fortnight.

Her funeral arrangements have been made public, and she will be laid to rest on July 16, 2022.

The funeral will be held at Municipal Assembly JHS Park in Atonsu Agogo, Kumasi, also known as Atonsu Monaco.

She was a vibrant supporter and organizer for Porcupine Tertiary, an Asante Kotoko Tertiary fan club, at the age of 24.

Read Also  Video: You will not go to heaven if you have clothe with Star in it - Prophetess claims

According to rumors, she went out with some friends over the weekend to have fun.

At a pub known as 1999 in Kumasi, one of the friends allegedly poisoned her out of envy.