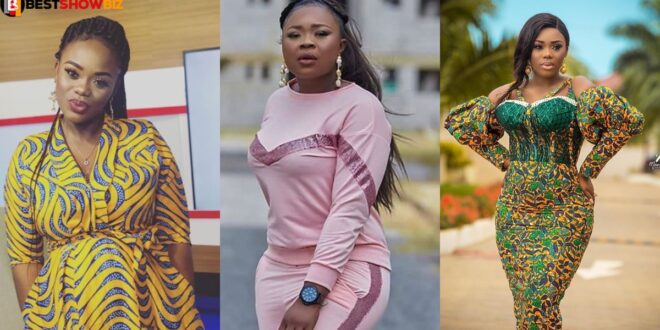 Actress Adu Safowaah has issued a strong warning to Akua GMB for reportedly making derogatory remarks about her.

Many people are surprised by the warning because, just a few months ago, the same Adu Safowaah was out there defending Akua GMB during the controversy surrounding her marriage to business mogul Kweku Oteng.

Akua GMB, according to Adu Saforwaa, should quit circulating lies about her asking for money since she has never asked for money in her life.

Adu Safowaa claimed that during Akua’s marital saga, she received GHC1000 from her, despite the fact that she had not asked for any money, and she accepted it in good faith.

Akua GMB was then warned by Adu Safowaah to stop spreading lies about her or else she would be compelled to reveal profound secrets that would harm her.