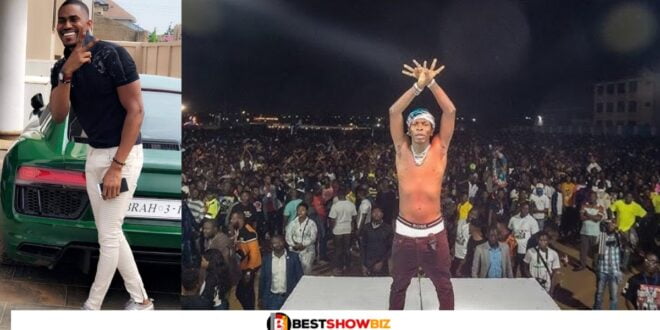 Shatta Wale, who has been trending in recent days due to statements he made against Nigerians, has spoken out on the controversy surrounding him.

Shatta Wale, according to Ibrah, should quit talking about his “pure water” show and let people worry about more important things.

Ibrah’s remark comes after Shatta Wale said at his freedom wave event at the Accra Sports Stadium that he wouldn’t need Nigerian artists to fill the stadium or even the 02 venues.

According to Ibrah One, there is no difference between a free concert and a ten cedi concert, thus Shatta Wale should respect himself and quit talking about his pure water event since Patapaa can fill the stadium with ten cedi tickets.

Read Also  He was full of life: Video of mûrdéréd Gym Instructor working out surfaces