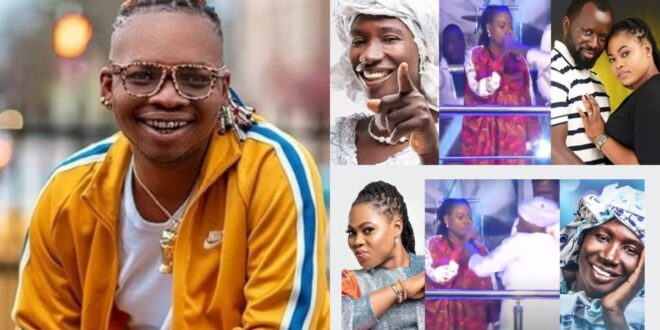 Many people have descended on Cecilia Marfo for her stunt at a church program where she was invited along with Joyce Blessing.

In a video that is fast going viral online, Cecilia Marfo went up on stage when Joyce Blessing was singing, took the mic from her, and started telling her to go back to her Divorced husband.

Actor Nana Tornado, who is a known member of the common sense family, has reacted to the video.

According to Tornado, what Cecilia Marfo did was foolish, he went on to use some unprintable words for the Gospel singer and told her to stop fooling because she is not a child anymore.