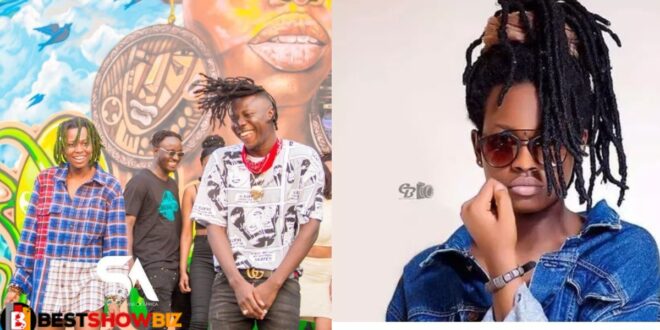 OV, who used to be on Stonebwoy’s label, parted ways with him, but the MTN Hitmaker winner has since vanished from the system.

OV made a social media appearance. Her new style has left fans with a lot of doubts since she went live on Instagram.

OV is one of Ghana’s most talented up-and-coming singers, having won MTN Hitmaker Season 7 in 2018. She is a dancer, guitarist, and vocalist who signed with Burniton Music Group but later parted ways, and her music career has been on the decline since then.