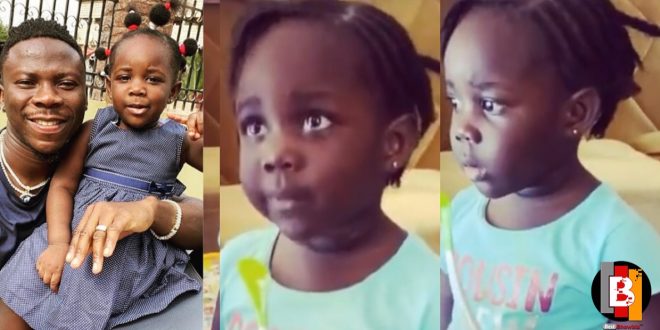 Catherine Jidula Satekla, the daughter of multiple award-wining dance hall artiste, Stonebwoy has warmed the hearts of fans on social meid with a video of her singing and jamming from her favorite song on her father’s new album, ‘Anloga Junction’.

Jidula was captured in the video which Stonebwoy shared on his Snapchat singing her father’s song dubbed ‘Only Love’. In the video, the first daughter of the award-winning dancehall musician was heard singing while infusing the song with her own lyrics.

Sharing the video on his Snapchat, Stonebwoy wrote; “I think her new favorite on the album is “Only Love” 😁”