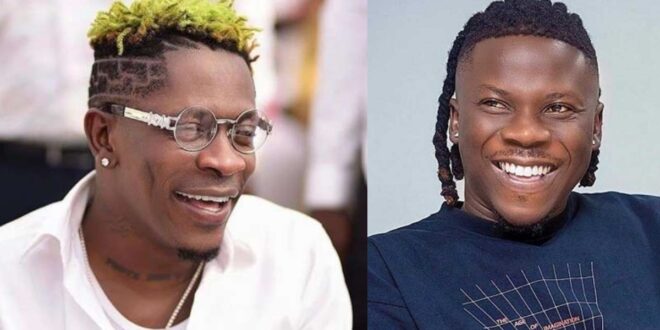 Stonebwoy’s birthday was yesterday, according to bestshowbiz.com, and he was lavishly lauded by his followers, family, and friends.

Even though they spoke on the phone, he claims Stonebwoy forgot to inform him that it was his birthday the day before.

Despite this, Shatta Wale proceeded to sing a funny Happy Birthday to the “Hero” hitmaker.

Shatta said it hurt him that Stonebwoy didn’t invite him to his birthday party in what seems to be a cover of Stonebwoy’s “Baafira” song.