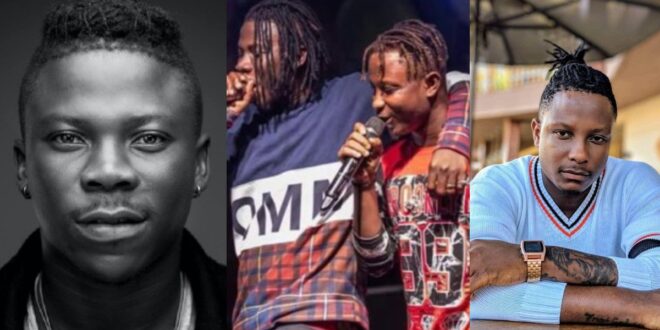 While Stonebwoy and Kelvynboy have their differences, the latter claims that without Stonebwoy, he would not have amounted to much.

Kelvyn Boy claims that he owes everything he is now to him.

Kelvyn admits in an interview that he used to sing in churches and then joined artists, but that he was still unknown before Stonebwoy entered his life.

He claims that the father of two nurtured him and, through his hard work, turned him into the celebrity that he is today.

He states emphatically that Stonebwoy was influential in his music career and that he could not be more thankful, adding that he would always be grateful.