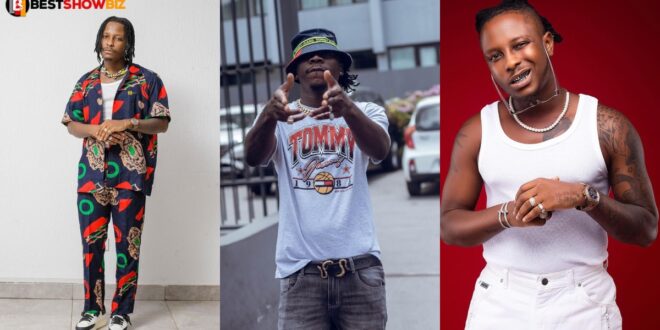 Kelvyn Bwoy has made some remarks about himself and his old boss, Stonebwoy, who catapulted him to the world’s attention.

His musical talent is undeniable, and he is one of Ghana’s leading afrobeat artists. His work speaks for itself, but many believe his separation from Stonebwoy’s group has hampered his ability to win significant prizes.

“I called my friends the Black Stars and this is my fourth year in the music industry,” he told Ohemaa Woyeje this morning. My biggest breakthrough was with Stonebwoy, and we are not friends now. “

“The support he gave me was all and the rest was left with me,” he said.

After four years, I only have one album with lots of features. Some Ghanaians compare me to Wizkid, which I appreciate, but I dislike being compared to him. “

“I do many features for people and do not charge them for the songs. I only look at the benefits, not the business aspect.

The feud between me and Stonebwoy was good. To avoid controversy, I concentrate on my music. “