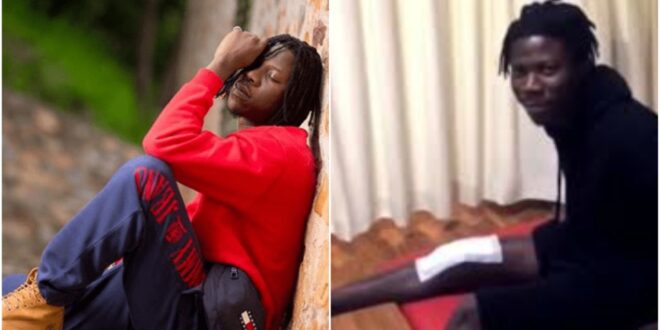 Award-winning dancehall singer popularly known as Stonebwoy was reportedly on Saturday, January 2nd, 2021 involved in a fatal accident with his crew.

The accident which reportedly happened in Abuakwa (a suburb of Kumasi in the Ashanti Region), was a collision between a Toyota Land cruiser of the Bodyguards of the Bhim nation president and a Spinter whose driver was held accountable for the accident.

The good news is Stonebwoy and his crew survived the accident which happened when he was traveling with his crew on the Bibiani – Abukwa stretch, unscratched. But was said to have beaten the sprinter driver.

Eyewitnesses say Stonebwoy’s driver and bodyguards pull out the Sprinter driver and in an attempt to defend himself, he was severely beaten while — persons present who tried to separate them also received some of the beatings.

Meanwhile, as at the time of this report, four of his bodyguards and his driver are all in police custody for interrogation. As it stands now, the ‘Everlasting’ singer himself didn’t throw any punch as speculated.

Stay tuned as we dig in and bring you more.