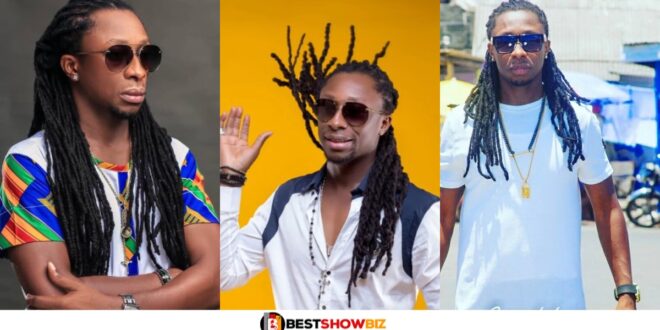 ‘Spending the whole day in the church is madness’- Kwaisey Pee

A highlife musician by the name of Kwaisey Pee has expressed his displeasure with the amount of time that some Ghanaians spend in church.

During an interview on Accra FM with Nana Romeo, he mentioned that a church in the vicinity of his house can host a church service at any time of the day, from morning until evening.

The musician from Ghana was taken aback by the length of time that some people spend praying and worshipping.

According to what he said, it is insane for people to spend the entirety of their day in church.

Pee said that even the white people who were responsible for introducing black people to religion wouldn’t waste a lot of time worshipping.

It seems absurd to him that they would devote the entirety of their day to attending services.
Kwaisey Pee continued by saying that religion is causing Africa’s demise.

He went on to say that some wives show their pastors a higher level of respect than they do their husbands and will follow their instructions.

The musician is currently doing promotion for his newest song, which goes by the name “Ayele.”
Take a look at his statement below.

Read Also  "Ashantis are tribalistic, they will have been rac!st if they were white"- Kwaisey Pee