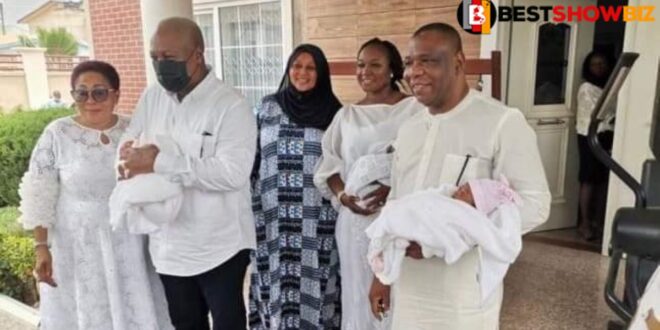 Following the joyful delivery of triplets, a special aide to former President John Mahama has received love and congratulations on social media.

Joyce Bawah Mogtari is shown carrying one of the babies in a Facebook post, while her husband, Hudu Mogtari, a former CEO of the Food and Drugs Authority (FDA), and Mr Mahama are carrying the other two.

Users on social media could not help but congratulate the former Transport Minister in the Mahama administration, who is now a mother of four.

Take a look at some of their responses below.