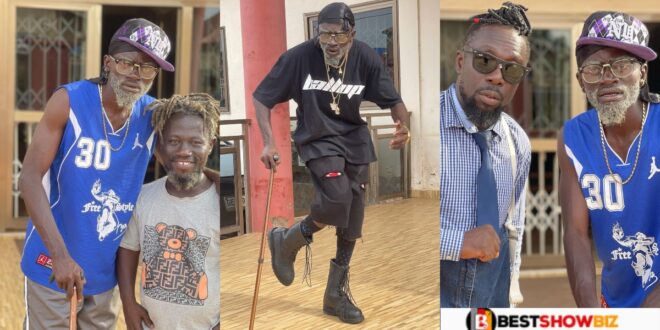 The ability to speak English, according to actor Kwadwo Nkansah, aka Lil Win, does not put food on the table or pay the bills.

The actor stated that his inability to communicate in English does not give people the right to look down on him.

He claimed that God bestowed upon him particular talents as an entertainer, which he has been able to do for many years.

Lil Win went on to say that he had to drop out of school in class six because he lacked the ability to perform as expected of other students.

However, I was gifted with the ability to entertain and make people laugh, he swiftly continued.

Lil Win mentioned on Rainbow Radio 87.5Fm’s mid-morning broadcast that everyone has a distinct gift and that we should stop looking down on each other.