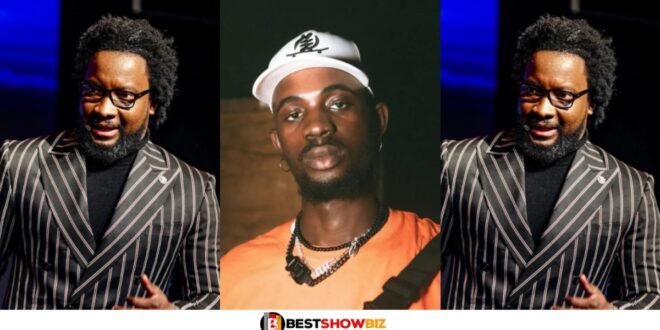 Popular Ghanaian gospel singer Sonnie Badu has labelled music talent Black Sherif the Bob Marley of the current generation after the latter just dropped his new album titled “The Villian I Never Was”.

YouTube Music has been putting up advertisements for the album on big billboards around the United States, and people have been giving it a lot of positive feedback as a result.

The staggering number of individuals who have already streamed the songs from the album is incredible considering that it has only been out for a little over 24 hours.

Sonnie Badu has used this as a basis for his praise of Black Sherif. The founder and pastor of the Rockhill congregation expressed his amazement at the young musician’s skills in an Instagram post.

To him, he believes Black Sherif is incarnate of the 2001 Grammy Lifetime Award winner, Bob Marley. He went on to praise Blacko, saying that his songwriting and voice are amazing.

Sonnie added that Black Sherif’s debut album proves that he is destined to become a music industry titan and prayed that God would shield his talent from “jealousy, envy, and early termination.”