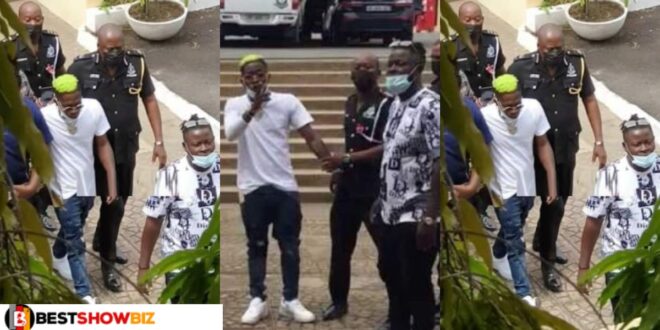 Shatta Wale, a Ghanaian dancehall artiste, has revealed why he stormed out of the meeting with the IGP in a rage.

According to Shatta, he was already pissed and angry before attending the meeting because someone had stolen some cement that he was about to use in a building, which made him very angry.

He went on to say that his rage was sparked when he took out his phone to record a video like the other celebrities at the meeting, only to be told to put it away, which prompted him to cause a commotion at the meeting.

“I was already having a bad day before I came for the meeting because someone had stolen hundreds of my cement and there had been some argument and stuff going on before I got here, so tempers were very high.”

Shatta Wale was said to have apologized after tempers flared and was on the verge of being arrested if not for the timely intervention of his manager Bullgod, A Plus, and a few others.