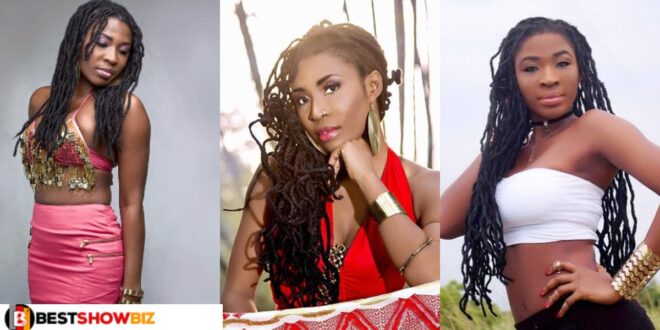 Ak Songstress, a Ghanaian singer, has made a shocking revelation about her life, revealing that her fellow musicians have been using juju on her.

After releasing her most recent track, Jonathan, which has received international acclaim, AK Songstress claims she has been subjected to a slew of spiritual attacks.

She went on to say that since releasing the song, she has had to deal with a slew of illnesses, which has had a significant impact on her health and way of life.

The AK songstress also revealed that many people have been requesting s3x in order to partner with her, but she has refused because it is not her style.

Read Also  The teeth in Kennedy Agyapong’s mouth are plastic, I will expose Him with One Blow - Oheneba Claims (Video)

During a phone conversation with Graphic Showbiz, the musician made the following remark:

“I’d prefer to keep where I went, who said what, and so on to myself, but one thing I know for sure is that there is juju in the system.”