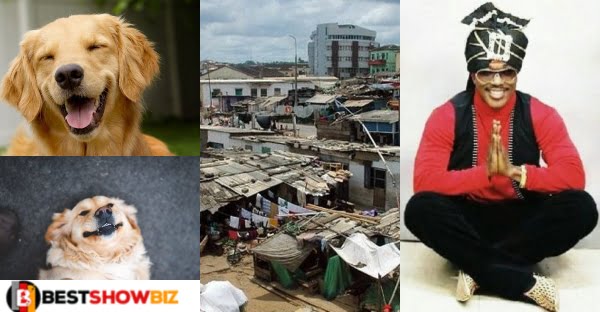 Ghanaian veteran singer Sony Achiba has come out to speak about the current difficulties in the country as he admits that dogs overseas are living better than Ghanaians.

Sony Achiba claimed in an interview with Christian Agyei Frimpong on Onua FM that the white race thinks ahead of time, which is why they have made provisions for the future, in contrast to Ghanaian politicians who just care about their stomachs.

According to him, even the dogs in other countries are living far more luxuriously than the majority of Ghanaians who profess to be wealthy and well-to-do.

The musician, who has lived in the United Kingdom for more than 18 years, stated that he is saddened whenever he thinks about his homeland because dogs are treated as humans in the United Kingdom, to the point where a white man would spend a large sum of money on their dogs who require surgical intervention.