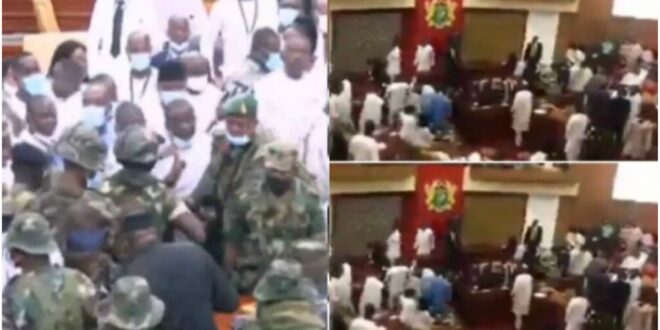 We reported a few hours ago about the fight which raised in the parliament of Ghana.

as we reported earlier the parliament of Ghana was a chaotic scene during the dissolution of the 7th parliament yesterday night.

Members of Parliament of the NDC stormed the house in white attire claiming they won the majority in parliament and there deserves to be on the majority side of the house. – Click here for the video.

well, we have chanced on a video of when Soldiers and Policemen stormed the parliament house to bring peace between NPP and DNC.

Read Also  My wife, who couldn't afford sanitary pads, built a house for her family without my knowledge-Man recounts.
Share

Ghanaian TikTok celebrity Explains why she is a lesb[email protected]