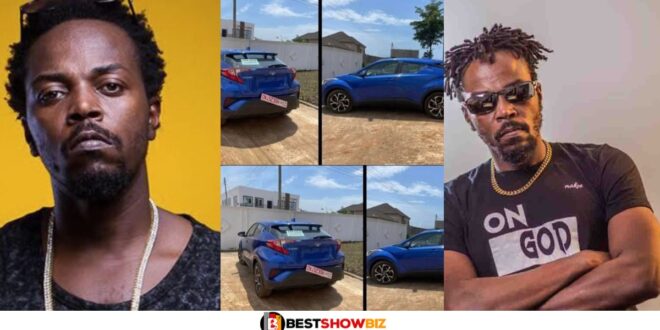 A prying member of the social media community has outed rapper Kwaw Kese for selling a car that he claims to be selling on behalf of a friend, despite the fact that the car actually belongs to himself.

The self-proclaimed “Man Insane” published a picture on his website depicting a blue four-wheel-drive vehicle that he said belonged to a friend.

He stated that his friend, who he did not identify, is short on cash, which is why he wants to sell the fancy car in order to “sort himself.”

A follower on Twitter, on the other hand, quickly replied by claiming that the rapper, who has won multiple awards, actually owns the car in question.

The man, who identified himself as Jay Ice, asked Kwaw to come clean if he was going broke if he wants his fans to help him out rather than telling them a blatant lie about his financial situation.

He claimed that he saw Kwaw riding around town in the same car, which is a strong indication that he is the owner of the whip.