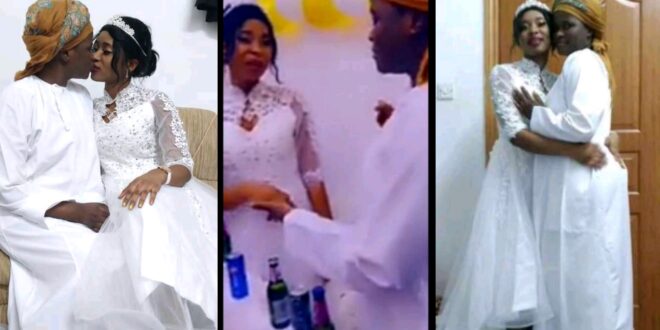 The world is turning into a place where same sex marriages are becoming a norm.

2 ladies believed to be muslims have gotten married in a simple yet elegant ceremony.

Same sex marriages is frowned upon in many parts of Africa, yet some people are turning a blind eye to this and getting married any way.

These two ladies managed to get married and are hoping they live happily ever after.

Social media users have reacted when the pictures were uploaded online.

Many of the comments that came were against the newly weds.

To most people same sex marriage was an abomination and should never be encouraged.

See the pictures and reactions below.