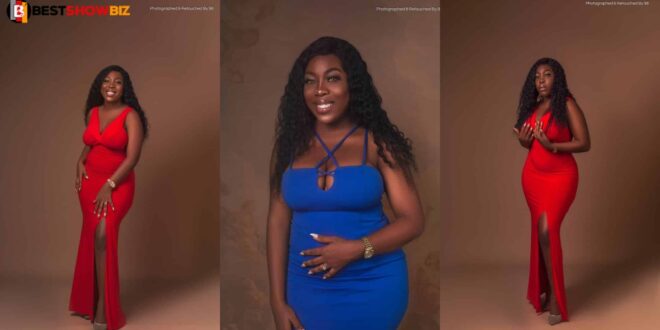 Social Media drags pretty lady for claiming she is 21 years on her birthday, many claims she is older

After taking to Twitter to share beautiful images to celebrate her birthday, a young Nigerian lady sparked outrage on social media.

The birthday celebrant, named as Abebi, revealed that she had just turned 21 years old when sharing the images on Monday, August 16, 2021, and asked her fans to wish her well on her special day.

The curvy lady wore a crimson figure-hugging outfit in one of the photographs, emphasizing her curves, as well as her quite large buttocks and bust.

While some Twitter users marveled over the cute photos, others expressed reservations about her age.

Take a look at some of the reactions to the photo below.

@chrismileazA wrote: “All this lies na em make Buhari nor dhy reason the South, West or the East for him regime”.

@ketcham_Anjah wrote: “So u decided to lie on ya birthday for nothing!! infact anti-happy birthday”.

@kilishuya wrote: “Wow! Y’all females be growing too fast for me these days, na so I stroll reach Cotonou for 3 weeks, came back I no come recognize my cousin sister, wey I just leave 3 weeks ago.. Wetin una dey chop? Happy birthday by d way”.