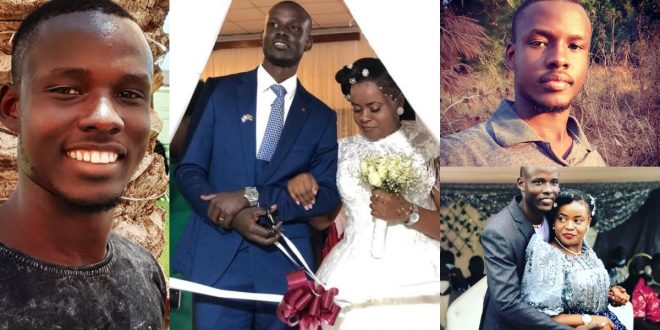 It’s so sad shocking to believe someone has just died a few hours after your wedding!

well, reports reaching us is that a young man identified as Roy Jairus Watuulo has died a few hours after his white wedding in Uganda.

according to reports, the young man tied the knot with his beautiful wife on December 6th and after some hours later he died on the early morning of December 7th.

from reports, Roy Jairus Watuulo complaining about feeling unwell moments after the wedding reception and was admitted to the hospital when he visited and died a few hours after.

“With Deep Sorrow And Shock , Our Friend, Colleague And Brother
Roy Jairus Watuulo Has Passed On.
“He Wedded On Saturday 5/12/2020 And Immediately Went To Be With The Lord On Sunday, Just A Few Hours After.
“Son To Dr. Watuulo Richard & Lydia. Rest In Peace Comrade. May God Strengthen You Anitah Nabuduwa“