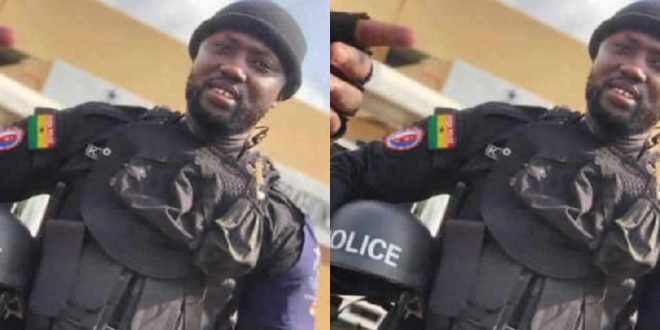 So Sad! Policeman collapses and dies while on election duty

There are a whole lot of issues that came up during the 2020 elections at some polling stations.

reports reaching us is that a policeman identified as Constable Kwarteng Abebrese Nantwi has collapsed and died while on duty at a polling station.

from reports, the policeman is said to be a detective of the Police Criminal Investigations Department Headquarters Operations in Accra.

reports state that he died at Hwidiem in the Asutifi South constituency in the Ahafo region.

he was pronounced dead after he fell unconscious on duty and was rushed to the hospital.