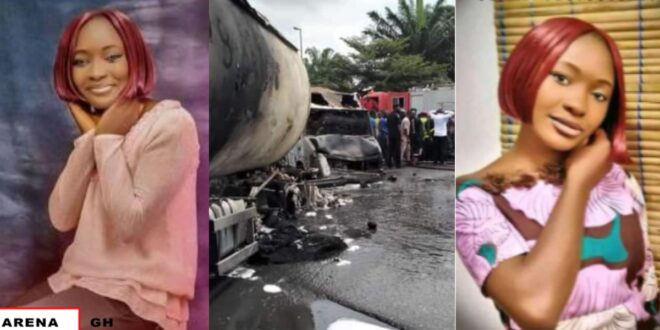 Lydia Dantata has been named as one of the victims of the recent ill-fated explosion in Kano.

This was verified by the Kaduna State College of Nursing and Midwifery, which stated that the victims were victims of a fire that started at a petrol station near the college’s Kafanchan campus.

According to sources, about ten students from the school were caught in a fire that broke out at a gas station where they had gone to charge their phones last Tuesday due to a state-wide power outage that followed the Nigeria Labour Congress’s five-day notice strike last week.

According to Instablog9ja, the campus’s overseer, Ephraim Dyages, said Dantata died at 3 a.m. on Monday at Jos University Teaching University (JUTH), where she and another student were undergoing treatment for first-degree burns.

Meanwhile, Lydia’s friends have paid tribute to her on social media.