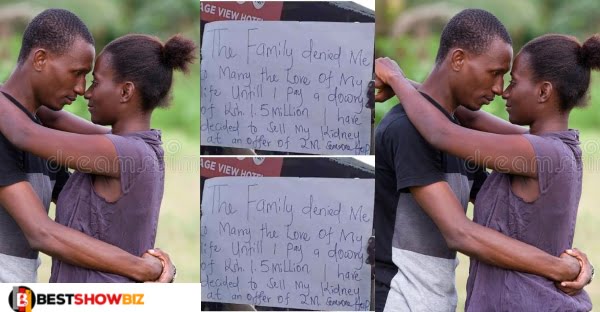 A love-obsessed Kenyan has reportedly offered to sell his organ in order to obtain funds and pay the dowry of the woman he adores.

In an online post, the guy valued his valuable organ at Ksh 2 million, which is equivalent to 108,000 cedis while stating that the family of the girl he plans to marry has refused him the right to marry her unless he can pay a dowry of Ksh. 1.5 million.

He went on to say that it is for this reason that he has chosen to sell one of his kidneys for 2 million in order to raise the funds.

His entire remark was caught on a banner, which he was spotted holding while walking down the street.