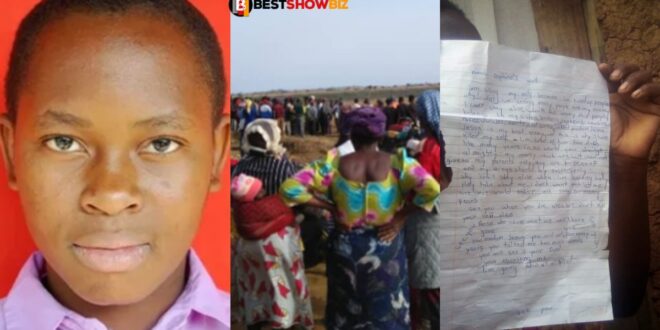 According to our source, the deceased vanished three days after the Uganda National Examination Board (UNEB) issued her PLE results, in which she scored a 25.

The neighbor called the Kinuubi police station, which sent out detectives and a homicide team to investigate.

“We took photos and did a postmortem,” Hakiza said.

He stated Kimuli wrote a suicide note listing her bullies.

“She also said people were mocking her for doing poorly in PLE,” Hakiza continued.

According to the police, the deceased advised her peers and relatives not to commit suicide.

Kimuli wrote in the note she was leaving her alleged bullies “to enjoy their world while she was going somewhere else.”