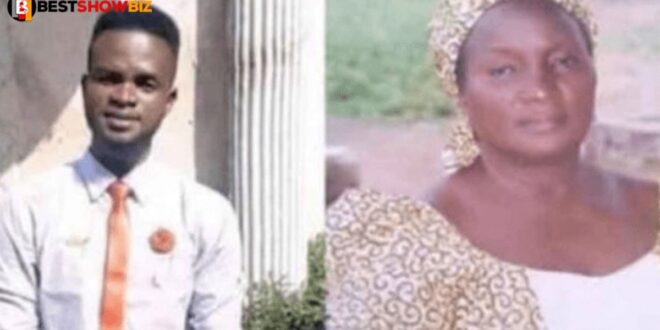 So Sad: Grieving mother d!es just a day after burying his son.

According to reports, a woman identified as Mrs. Jummai Albert has reportedly joined her husband in mourning the death of their son, who was murdered by unidentified assailants just one day after he was laid to rest.

According to the report, the mother, who had been looking forward to having her son Jerry Albert bury him, was unable to keep her composure after learning that her son, Jerry Albert, had passed away.

Upon learning of the death of her child, it was revealed that the woman was the mother of a single child, who happened to be the victim of the tragedy.

The young man was allegedly killed after escorting away a friend who had come to visit him at his home. He was laid to rest on September 2, and his mother died on September 3 and was buried shortly after in the Zakawan community, Adamawa, which happens to be a town in the Nigerian state of Adamawa.