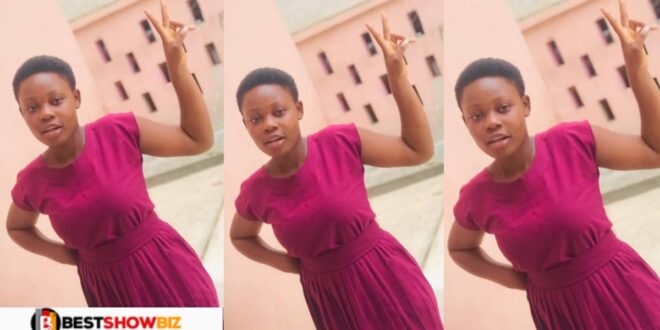 So Sad: Female SHS student ḕlḕctrocuted on her 18th birthday

.Police in the Ashanti Region’s Mampongteng is looking into how a female boarding student from SIMMS Senior High School in Fawoade, Kwabre East District, was electrocuted last Thursday.

Shenell Serwaa Acheampong, the victim, and six of her friends allegedly skipped preps and scaled the school wall to see friends who had hired a lodging approximately 200 meters from campus.

The deceased was claimed to have died accidentally at 7:30 p.m. while attempting to mob a spilled water in the room.

“Water poured over the floor when she [the victim] was in the room, and she [the victim] went for a mob.” “Shenell was electrocuted and collapsed on the floor while being besieged,” witnesses said. Shenell was brought to the Mampongteng Health Center, but a doctor on duty pronounced her dead, according to a school source, who added that “all the other friends could face disciplinary punishment.”

The incident occurred on the eve of her eighteenth birthday, according to reports. As part of its inquiry, the Mampongten police CID has invited persons of interest, including the victim’s family and school administration.

Kingsley Acheampong, Shenell’s father, is not a happy guy as he recalls his “dear daughter.”

“I’m speechless. To be honest, I’m shocked to death,” Kingsley stated, as he questioned the school’s security precautions, which the Headmistress had only taken three days before.

“We’re still waiting for any further police direction on how to proceed,” Kingsley added.