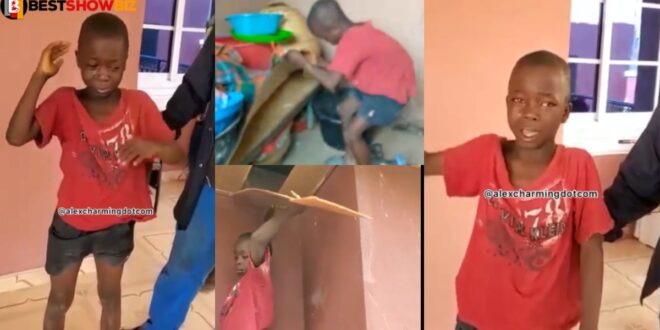 A little Ghanaian child was caught stealing money and food from someone, and the method he entered the house will astound you.

The small youngster narrated how he entered the residence in the video and also demonstrated how he did so literally.

He climbed the back wall to gain access to the house, then climbed through the ceiling after breaking the T & G and stealing the money from the owners.

He hid the purse of money in the house when he heard someone approaching before being caught. The small youngster also admitted to stealing a bag of money from the supplies near the house’s door.

According to him, the earlier money he stole was still in his house, so they followed him to retrieve it