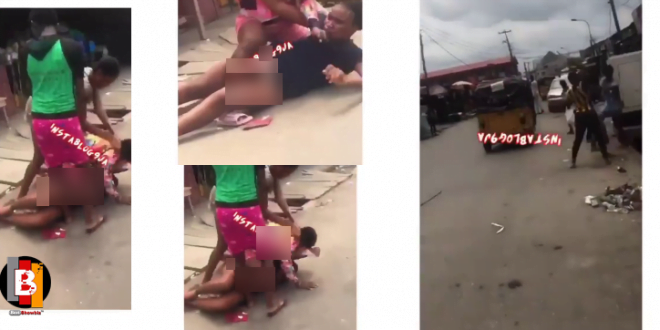 Bestshowbiz.com has come across a video circulating around the internet and in the video, a group of girls were spotted fighting themselves on the streets in broad daylight.

According to reports, the girls were fighting over a man who is known in the area as Prince charming of Ilupeju.

The girls could be seen using cains, sticks and exchanging blows with each other.

Read Also  Check Out The Sweet Birthday Message From Rebecca Akufo-Addo’s To Husband, Prez Akufo Addo As He Turns 76
Share