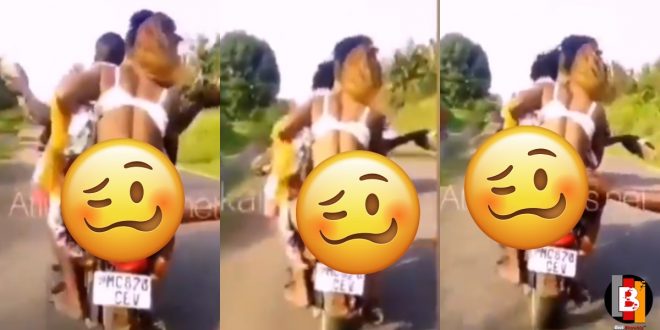 A brainless slay queen has set social media ablaze after she exposed her nakedness in a disturbing viral video that has got people talking.

In the video which was shared on Twitter, the yet to be identified slay queen is seen riding behind a motorbike totally naked with no panty.

Further in the video, another man who rode on a different motorbike is seen as he tried to touch the forbidden fruit of the brainless lady.