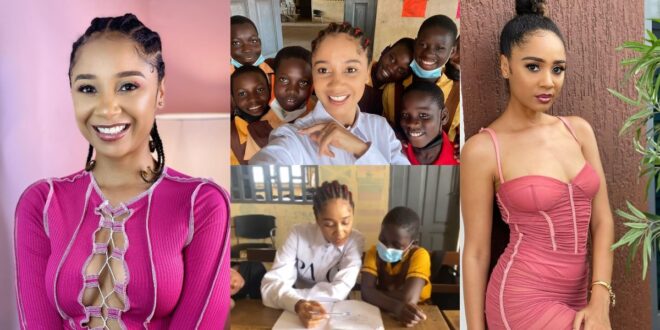 Sister Derby was pictured in a classroom, where she was expressing her love for education with pupils.

The “African Mermaid,” as she is known on social media, updated her Instagram followers in a post about contributing things to a nearby elementary school.

Sister Derby was filmed instructing a young girl about how to write about herself in the video.