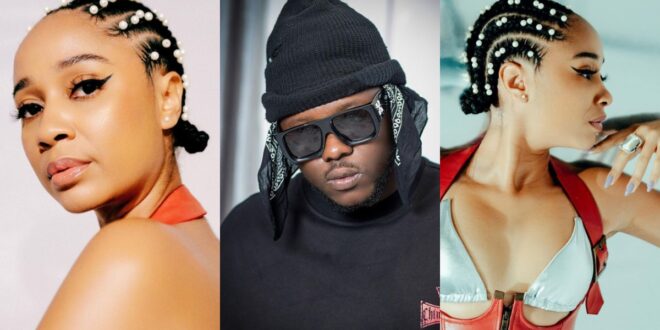 Investigators found evidence on social media sites that Deborah Vanessa, also known as Sister Derby, was flirting with Medikal, who used to be her boyfriend.

After being unsuccessful in every relationship she’s tried, Derby might be giving serious thought to getting back together with her charming ex.

The day before yesterday, Sister Derby uploaded a photo to her Instagram account with the cheeky message, “I’m too jollof for your rice.”

It would appear that this is a line from the most recent song by Medikal, titled “Scar Face.”

It is unknown whether Derby intended to promote Medikal’s song, but fans have a strong suspicion that something suspicious is going on.

Read Also  " fear Not, For He Has Redeemed You" - Bill Asamoah Preaches The Gospel (Screenshot)

It would appear that the exes are working on rekindling their love for one another in some capacity.

The general consensus among people on social media is that Sister Derby won’t mind going back for Medikal at this point, and Medikal also appears to be prepared for an adventure of this nature.

In the meantime, there are rumors circulating that Sister Derby has ended her relationship with her most recent boyfriend, David. In contrast to the previous time, the pair is not observed together any longer.

Despite the fact that David is nowhere to be found, Derby continues to attend her gigs as a single woman.