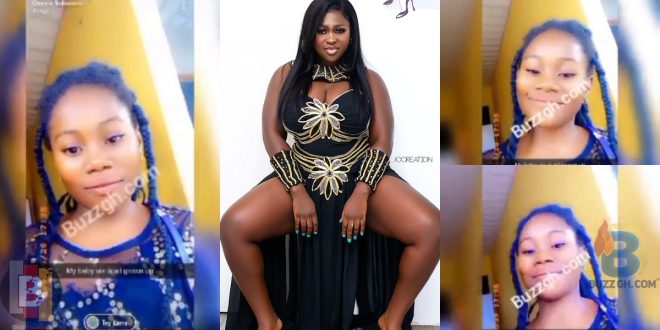 Sista Afia who is widely known to be the hitmaker of ‘Weather’ singer shared a video of her beautiful kid sister when she visited them in Kumasi.

Sista Afia who has been tagged as ‘Emotional singer’ as I stated earlier failed to reveal the name of her pretty sister when she posted the video.

the singers’ sister in the video sighted by bestshowbiz.com on Snapchat was seen looking do pretty and cute.

though there was a little resemblance, Sista Afia’s kid sister looks beautiful just like her.

the little sister of Queen Solomon was seen showing off some swags as she beautifully poses for the camera.

the video has since gotten social media users talking as they claim Sista Afia’s kid sister looks so pretty and cute.

Sista Afia captioned; “My Baby Sister All Grown Up”