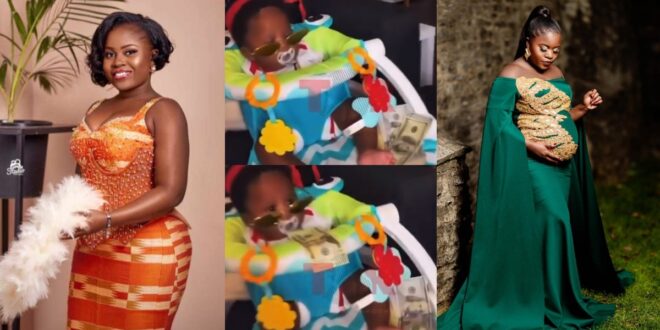 Kaakie, a Ghanaian dancehall artist based in the United Kingdom, has finally revealed the face of her cute daughter for the first time.

Kaakie is seen strolling along with her daughter in a trolley in one of the videos.

In another video, the baby girl is seen in a baby cot.

This is the first time the female dancehall artist has revealed her daughter’s face to the general public.