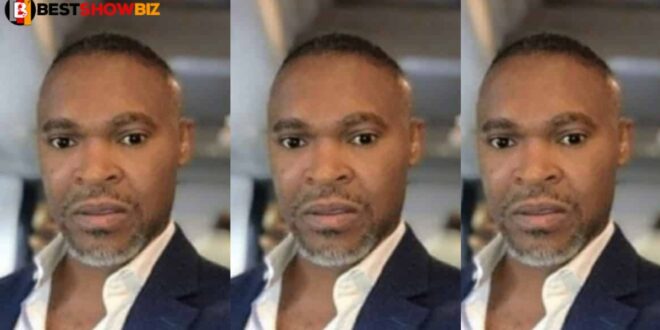 A side chic is currently in police custody after stabbing the CEO of Super TV, resulting in his death.

According to a social media report, the CEO, Michael Usifo Ataga, was stabbed in the side by his side chic at a location in Lekki.

Usifo was reported missing by his family and friends after failing to return to his apartment in Banana Island a few days before his 50th birthday, according to The Street Journal.

He was discovered dead with several stab wounds at an apartment in Lekki Phase 1 on Friday morning, June 18, 2021, according to the magazine.

Several withdrawals were allegedly made from his account, ostensibly by his killer. Usifo, who is married to a Nigerian National Petroleum Corporation (NNPC) manager, met the mistress approximately a fortnight ago and began seeing each other.

He had hired an Airbnb in Lekki to meet them secretly, away from prying eyes and ears.

According to accounts, after Ataga vanished, the police tracked down the Airbnb owner, who got payment from the side chic’s bank account, which Ataga had previously transferred money to.

Usifo was discovered dead with multiple stab wounds to his neck, chest, and thigh after the flat was broken into. Before killing him, the robbers took N5 million from his account.

Security guards at the rentals stated that no third party had visited the lovers other than a dispatch rider, who is accused of bringing the lethal substance to the side-piece, hence the mistress is suspected of carrying out the murder.

The mistress, who had been spotted the day before the murder, was also traced down and caught alongside the Airbnb owner.