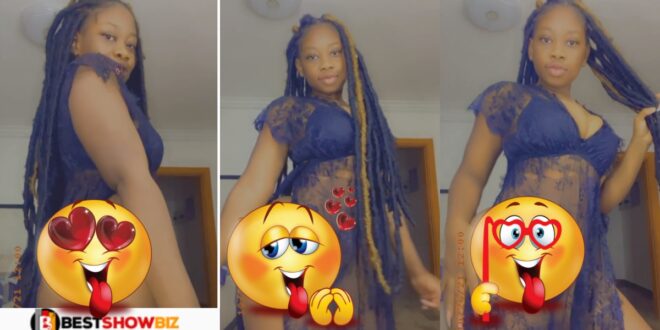 Shugatiti, a Ghanaian nud!st and video vixen famous for exposing herself on social media, was spotted in a video making waves on social media twerking while wearing a see-through outfit.

Shugatiti, who is known for her naked photos, wanted to show her fans and followers her thick body by performing wild twerk while wearing a black garment that almost exposed her naked self.

Shugatiti twerked romantically in the video, using her best bedroom abilities to attract the attention of males who want a taste of what they’re watching.