Information reaching us states that the SHS students in the ‘allow boys to chop you’ video has been dismissed.

in a short recall, a video of 7 SHS girls of Ejusoman Senior High School went viral as they claimed all those ladies who claim to be virgins should allow boys to chop them.

well from a letter written by the management of the school, these seven ladies have been asked to park their things and leave the school.

according to the letter, the girls have broken three school rules and hence needs to be punished.

the letter noted that the girls have used unauthorized gadget [mobile phone] to dent the image of the school.

the letter was dated February 6, 2020, and titled Expulsion from Boarding House.

watch their video below and read from the screen below; 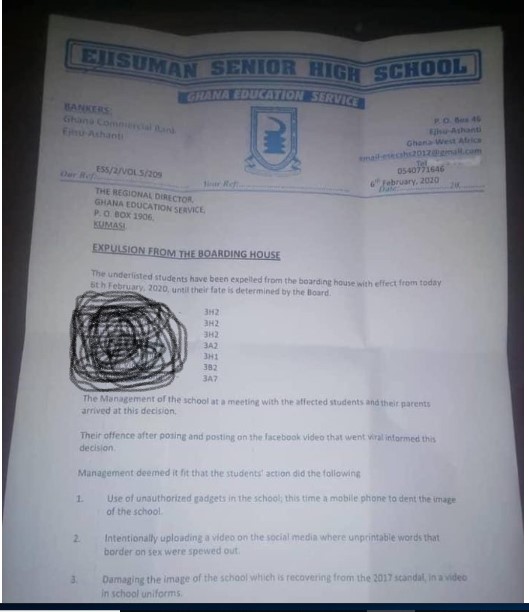