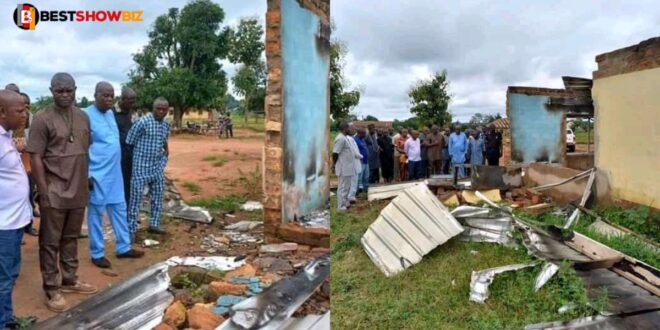 After the school’s principal, Aliba Stephen, allegedly failed to register some of his students for the ongoing wassce that is currently being written, some students are believed to have burnt down their school.

As reported by the media, the students were outraged by the actions of the headmaster, who received their money for the purpose of registering them for the examinations, but then spent the money and abandoned them.

After feeling humiliated and played by the headmaster, a student ignited the school, resulting in the full destruction of the building.

Iorja Agber Joseph is alleged to have been appointed as the new headmaster by Dr. Frank Kyungun, Executive Secretary of the Benue State Teaching Service Board, following the suspension of the previous one.