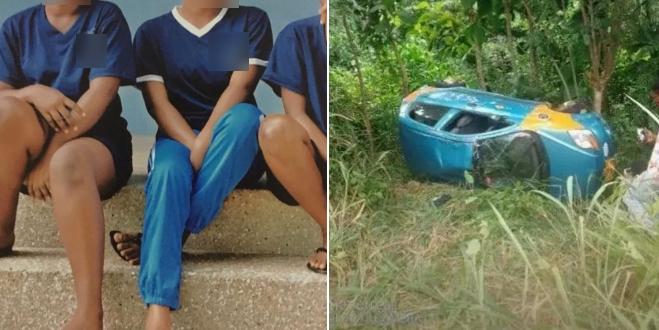 imaged used are not the individuals involved

SHS student dies in car accident going back to school after covid 19 break to write WASSCE.

Sad reports reaching us indicates that, an SHS student have been killed in an accident.

The name of the young unfortunate girl is Esther Nyamekye, and she is a student of Ofoase Senior High/Technical School (OSETS).

Esther was returning to school to prepare for the wassce as instructed by the president, but the taxi she was traveling in veered off the road and somersaulted few times before landing on its sides.

There were other students in the car, who have all been admitted to the hospital receiving treatment.

We send our condolences to family of Esther .

May her soul rest in peace.

Read Also  There is nothing wrong with a female gospel copying a fashion trend - Cece Twum.
Share