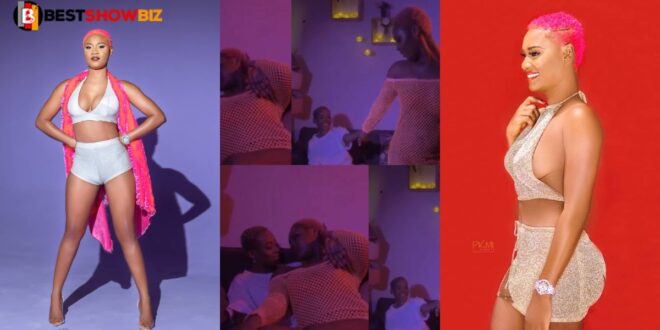 “She is a Lesb!an”- Ghanaians blast musician Petrah after she featured LGBTQ content in her music video

Petrah, a Ghanaian songstress and Manner Records signee, has generated suspicions in the music industry after lately claiming to be the best female performer in the Dancehall scenes.

Petrah was seen in a Tomboy costume and being seduced by a fellow female in the song “Turn Me On,” according to a recent video circulating on social media that appears to be a new song released by the musician.

When the self-proclaimed Ghanaian best songstress tweeted a link to the new video on her social media platforms, social media exploded.

May claim and accused her of being a lesbian and hence supports the LGBTQ+ community after the back and forth of the legalization of the LGBTQ+ bill in Ghana.

Read Also  "The Fall of the Elephant", Here is the Real Reason why Ruth couldn't find a "Date"