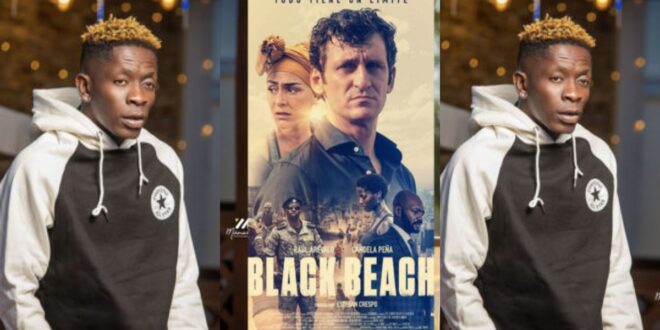 Shatta Wale broke into the Spanish market after three of his songs got featured in a Spanish movie.

It is good news for the musician because he can get a bit of income.

The plot follows a prosecutor who agrees to deal with an old acquaintance who has been turned into a kidnapper.

A source says the movie was filmed in parts of Ghana, Spain, and Belgium.

His song My level, Mama and Ayoo was featured in the movie.