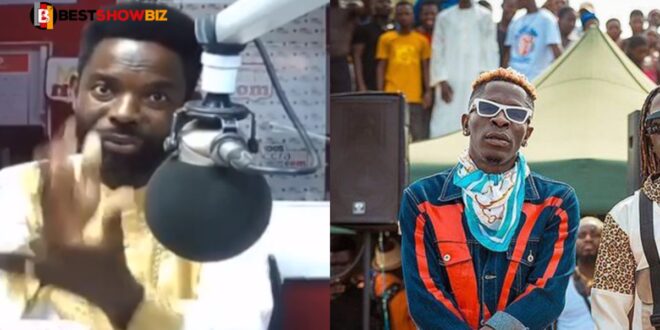 Shatta Wale will be k!lled on October 18, 2021, according to a popular prophet (VIDEO)

Shatta Wale, a prominent Ghanaian dancehall performer, would be shot dead on October 18, 2021, according to Jesus Ahoufe, a popular Ghanaian prophet.

In a recent radio interview, Prophet Ahoufe stated that Shatta Wale will be shot dead in October, just like the legendary Lucky Dude.

As he puts it:

“A quick one; in one of South Africa’s most high-profile murders, gunmen shot reggae star Lucky Dube in front of his children.

Dube, 43, was slain in a failed carjacking in a Johannesburg neighborhood on the evening of Thursday, October 18, 2007.”

He went on to say that the artist would be attacked and shot by armed robbers.