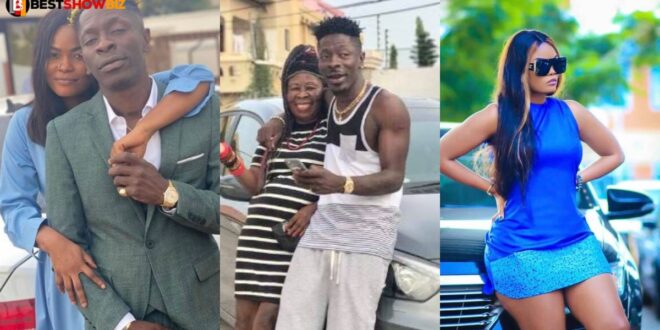 Elsie, the mother of famed Ghanaian rapper Shatta Wale, claims that her son has not spoken to her or checked in on her for the past three years because of his ex-lover, Magdalene Love, who is rumored to be his cousin.

According to an enraged Elsie, who stormed the studios of Accra-based radio station Hot FM.

She also stated that it has been three years since Shatta Wale, her son whom she bore for thirteen months in her womb, spoke to her or called her to check on her.

It should be noted that the same Magluv was lately on social media, launching a savage attack against Michy and others.

Below is a video of Shatta Wale’s mother speaking uncomfortably.