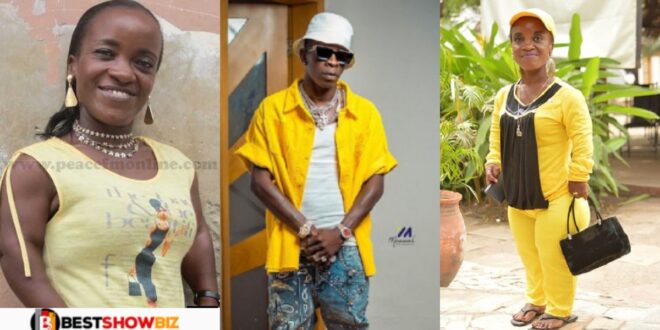 Shatta Wale is unquestionably one of the country’s top three musicians, with a sizable fanbase who support his songs.

Well, the actress has stated that Shatta Wale has been misleading his fans in a terrible way since they follow anything he does, good or bad.

Shatta Wale and Medikal, according to Adwoa Smart, should become positive role models for their fans because many people look up to them and want to be like them.

Adwoa Smart’s statements come after both of them were arrested and remanded for separate violations, resulting in them being transported to the Ankarful prison.